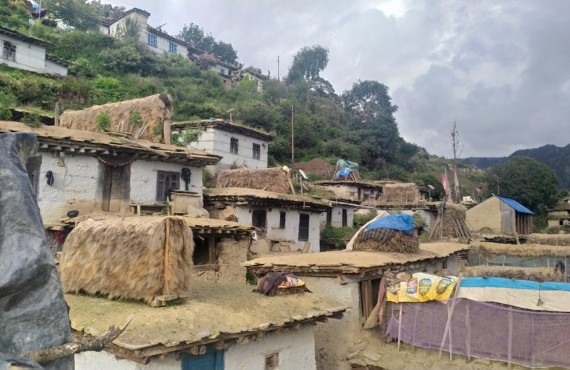 The wonder that is Karnali

Located in the foothills of the Himalayas, Jumla is a remote district in the Karnali province of mid-western Nepal. It is the gateway to the northwestern mountains of Nepal and where the Nepali language first originated. Set at an elevation of 2,514m from the sea level, nature seems to have poured its entire splendor on it. Being a developing tourist hub, Jumla is the starting point for a ‘4-day hike’ to Rara, trek across the Kagmara Pass and on to Phoksundo Lake. Its famous apples and red rice are the primary sources of income for most of the people. Having so many places of historical significance and ruins in and around, UNESCO has included Sinja Valley of Jumla in the tentative list of World Heritage Sites.

A small part of this district is Jodu village of Sinja village municipality situated at the height of 3070m above sea level. Isolated by the majestic mountains, it takes a total of 3 days to reach the village from Kathmandu. After 4 hours of off-road drive from the Jumla Bazaar and 8 hours of walking on the narrow cobblestone, its steps lead to the stone and mud houses with slate roofs on the sloping lands surrounded by high rugged, scrubby hillsides. The picturesque view of the golden rays of the sun falling on the mountains leaves everyone breathless and the chilly breeze blowing from the hills leaves one seeking for warmth even in the summer. Home to 800 people, Jodu village consists of 100 households, an elementary school, a secondary school, and a health post. The elementary school is equipped with five computers and a total of 260 children study in these schools. The village was severely affected by the decade-long Maoist Insurgency and is now recovering from all the devastation brought on by the civil war. While Jumla is trying to change its face from an underdeveloped district through various development projects, Jodu village has little to no signs of development and seems to be still left in the past. 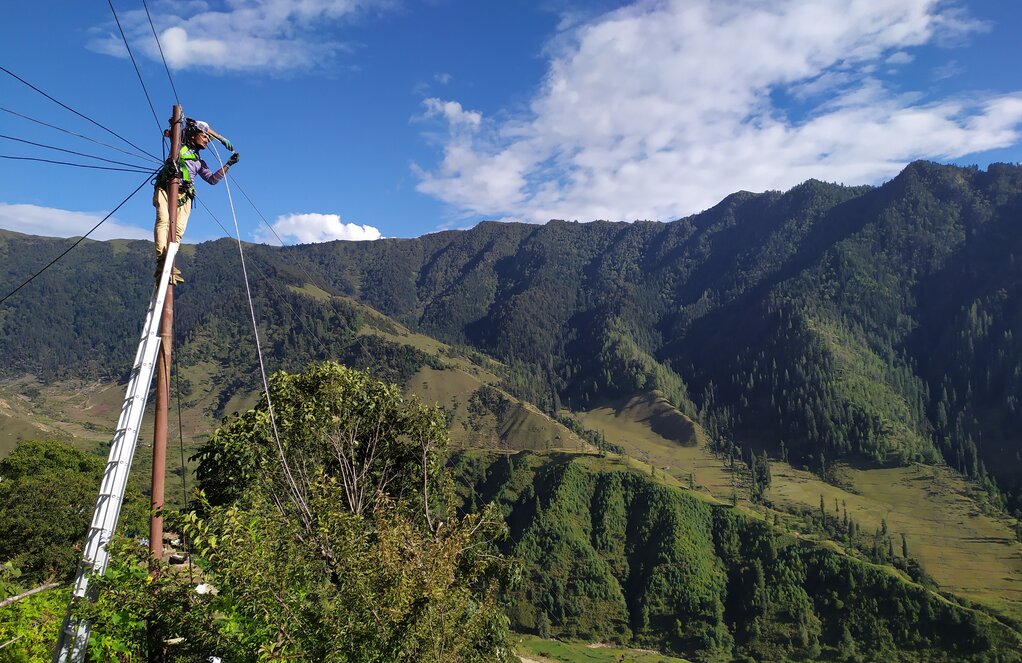 Lack of energy: a major impediment to development

Most of the households are involved in subsistence farming and animal husbandry while a few have started operating homestays in hopes of attracting tourists to the village and promoting their indigenous culture and tradition. The temperature and moisture are both close to the minimum threshold for productive cultivation; hence, most have opted for apple and wheat farming. Most of the men are involved in agriculture and collecting ‘Yarsagumba’ while the women of this village are limited to fuelwood and fodder gathering. Due to the lack of proper road facility, the village does not have easy access to the market for their farm and wool products. In the winter, heavy snow blankets the entire village as the temperature plummets below freezing point, making daily activities even difficult for the villagers and their only source of warmth of life is firewood. Along with no proper roadway, the village has no access to the national electricity grid. There are small blue solar panels of 40Wp on top of the house roofs which can power only bulbs and can be used for mobile charging for a limited amount of time. 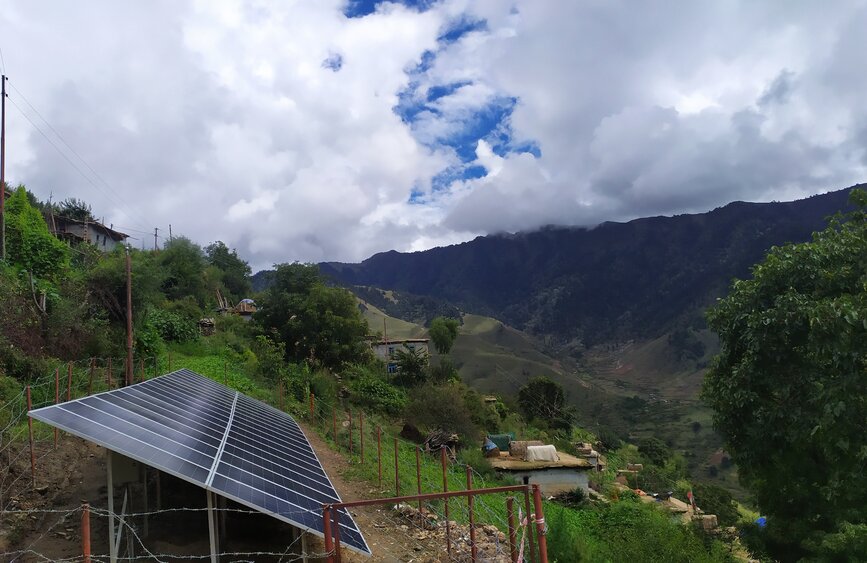 Gham Power has now installed an 11.52KWp solar microgrid at Jodu village. The microgrid will power the entire village with enough energy to operate AC appliances such as television, laptop, and radio, bringing it a step closer to the world. Our team could clearly see the sheer joy and anticipation of the completion of the project among the villagers. 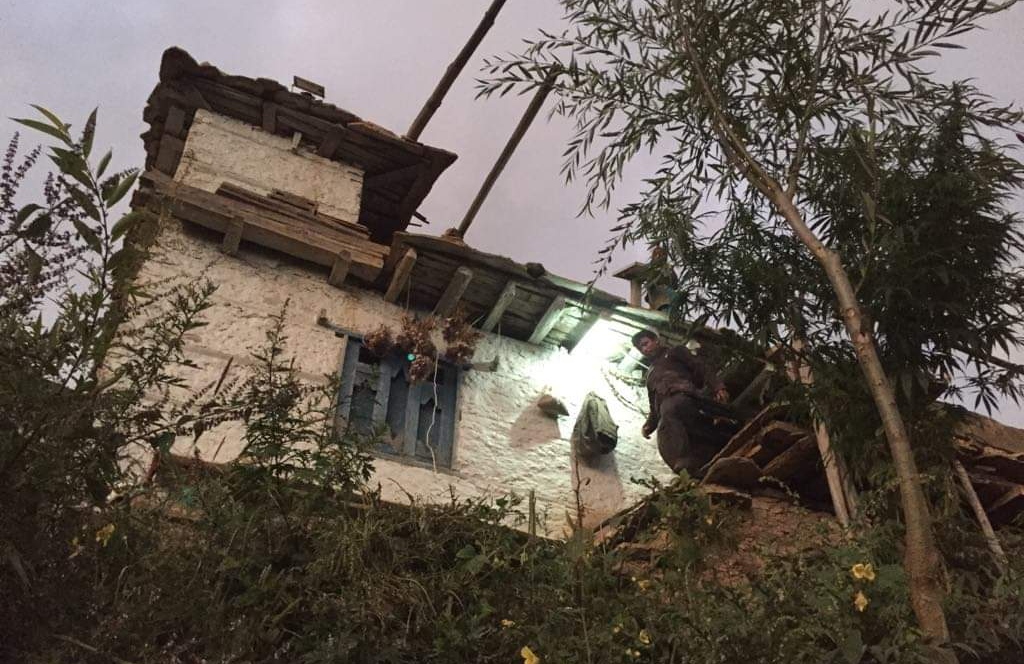 During the course of the installation, we received tremendous support from the local villagers who helped us in the transportation of the solar equipment by carrying it on their backs for hours. Funded by Google, Grid Alternatives, and the local government, this project now enables the fostering of income-generating activities using the local products that are available in the village. The grid generates enough power to facilitate the running of small businesses such as solar grinding mills for their agro-products, helping them to generate revenue. Access to energy gives this community a push to start for tourism development with facilitated homestays. A village that was once at the backend of development now takes a significant leap towards prosperity through green energy.

Many villages in Nepal are still living in the dark with no power. Nepal has tremendous potential for such solar-powered microgrids and through more solar projects like these, rural Nepal can finally take a step towards development.