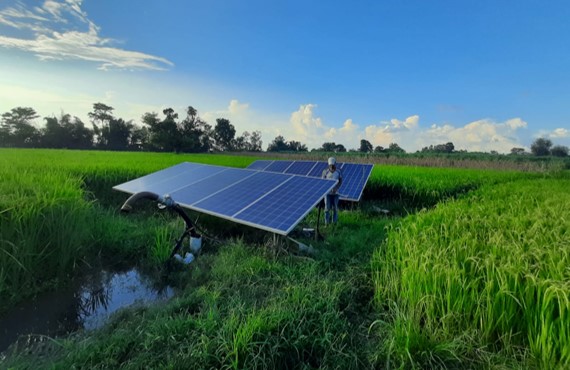 After years of debating on which source of energy is best for the environment, we have come to a firm and unanimous agreement that using renewable energy sources is better than burning fossil fuels. In recent decades, there has been a paradigm shift in energy sources, with electricity now serving as the primary source of energy in many parts of the world. However, we must consider the way we generate electricity in order to protect the future. Currently, the majority of electricity is generated by burning fossil fuels, with renewable sources such as hydro, solar, wind, tidal, and geothermal accounting for only a minor portion. The burning of large amounts of fuels has contributed to the accumulation of carbon dioxide in the atmosphere and accelerated the effects of climate change. Similarly, among other industries, conventional agriculture contributes significantly to the release of greenhouse gases that exacerbate climate change. The haphazard use of fertilizers and plant protection products, tractor-based tillage practice, and rearing of livestock are all contributors to the climate challenges we face today. On that account, agricultural digitization offers a strategy for combating and mitigating climate change.

The Importance of Digitalization

Data has become an integral and inseparable part of our daily lives. Every day, we transfer thousands of terabytes of data. We have generated an overwhelming amount of data over the last few decades, such as the daily temperature, humidity, soil moisture, and so on. However, we have been unable to extract and disseminate meaningful information from it. In the last decade, the number of smartphone and internet users has nearly doubled. Every field of development has a significant potential for digitization. We’ve managed to incorporate the concept of data into most other areas of development, such as health, government, and infrastructure but have not succeeded yet in digitizing agriculture. Despite the fact that agriculture employs more than half of Nepal’s population, the country’s agriculture system is crippled. The productivity is comparatively low and thus, we are forced to import billions of kilograms of produce from India and overseas to meet our calorie needs.

In Nepal, Digiculture or Agriculture Digitization, is a relatively recent concept. The crop production in digiculture is largely based on scrutinizing and analyzing vast amounts of crop-related data. Data-driven agriculture allows us to carefully optimize the resources that we have at hand. Farmers in Nepal, for instance, use resources carelessly, such as the practice of over-fertilizing, irrigating, and spraying plant protection products frequently. Data-driven agriculture further makes it possible to calculate the precise amount of fertilizer, water, and plant protection products as required.

The current technology allows us to retrieve an overwhelming number of crop relative data in a short amount of time and choose better options right away. Drones or UAVs equipped with sensors are useful for retrieving crop-related data and have a relatively lower cost than sensors put on the field. For instance, yellowing of rice leaves is one of the earliest symptoms of Nitrogen deficiency; using drones to fly over such fields and capture images allows us to access the chlorophyll content of the leaves and quickly recommend the administration of nitrogen-based fertilizers.

Along with digitalization, the use of renewable energy solutions such as solar pumps will also be beneficial to the agriculture sector. Solar pumps have a significant benefit over diesel-powered irrigation pumps for small-scale farms. Solar pumps also have cheap initial and ongoing costs, and they are environmentally friendly because they rely solely on free solar energy. Small-scale farmers benefit the most from digitization because they have relatively fewer resources. Furthermore, they have limited purchasing power when it comes to buying fertilizers and plant protection products. Site Specific Nutrient Management (SSNM), in which fertilizers are applied only where they are needed, is also aided by digitization. Farmers can save money and unnecessary burden as a result of this. In addition to lessening the financial burden of small farmers, SSNM aids in the generation of real-time data for a variety of factors in areas where agriculture technicians are unable to visit on a regular basis.

The decisions we make today with regards to energy usage will have far-reaching consequences in the near future; thus, it is argued and proposed that data-driven farming and digitization in agriculture are the most sustainable ways to reduce our carbon footprint.

Krishak Pathshala: Virtualizing the digital Agri-advisory services
Making the most out of my first internship at Gham Power
Taking action to strengthen our energy security
EARTH DAY: Then and Now – Invest In Our Planet
From our Farmer’s Perspective: Using Technology in Agriculture