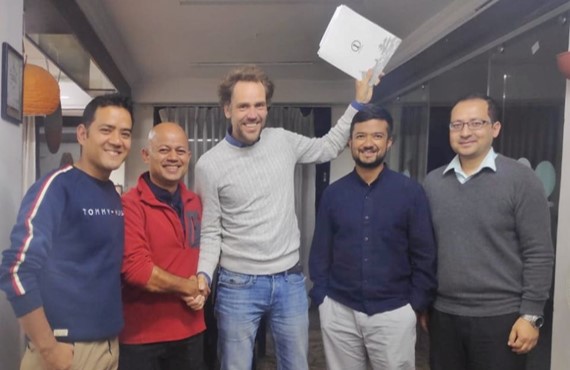 Yes, you heard it right!

Solar powered systems without any batteries that power your daytime usage can deliver energy at costs cheaper than grid. This is primarily driven by the sharp decline in solar panel prices and with the introduction of a new innovative PPA (Power Purchase Agreement) model whereby the buyer of solar is not buying the physical solar assets but rather the energy that the system generates.

Solar roof-tops, because of its decentralized nature, has always been an efficient solution where the source of generation can be very close to the consumption. This minimizes the distribution loss, negates the need for building large transmission lines, and has no cost of land acquisition. All of these have been some of the common challenges faced by the developers of large power plants (mostly hydro).

But, the major challenge had been the upfront investment to be borne by the user. Under the model that is commonly practiced in Nepal, the buyer purchases the system outright from the system installer. This places a major risk on the user who is now tasked with the responsibility of managing an energy system and performing operations and maintenance, which most of the time falls outside the core competency of the user. The solution –> User signs a PPA deal with an energy service provider who bears the ownership of the solar system and takes responsibility for the upkeep and the maintenance of the system.

We, at Gham Power have also started working under this modality and are installing close to 500 kw by end of 2019. Based on the tremendous feedback we have received from the market, we have set a target of 35MW over the course of 5 years. However, there are inherent challenges that need to be catered to achieve this target. The first major hurdle would be raising investment to finance these projects from 10 to 15 years. Because under this mode, you can only grow as much as you have capital at hand. So, it becomes as much a financing problem as a technical one.

Sourcing capital from Commercial banks in Nepal is difficult because of collateral requirements. So an option that we have been exploring here at Gham Power has been to source the capital through foreign investor partners. And managing the deals with the investors has been one of my primary tasks here at Gham Power.

We have been working on several deals for the past two years but the going has been tough. The never ending documentation and bureaucratic processes, frequent changes of government officials, changes in Foreign Direct Investment Acts (FITTA), unclear and grey areas in these acts have resulted in numerous changes to our approach.

One of the examples of change in the Act was increment in the minimum threshold for Foreign Direct Investment ten folds from $50,000 to $500,000; the logic behind which seems to escape everyone conversant in dealing with Foreign Investment Laws. As a result, we were forced to withdraw our six month old FDI application and arrange for further funding to meet the new threshold.

But, as they say — “what doesn’t kill you makes you stronger”

The learnings from this experience have been very helpful in managing conversation and expectations with the relevant stakeholders. We constantly find ourselves at the forefront of conversations regarding Foreign Investment laws in the country. We are now also regularly invited to attend workshops with government officials, bureaucrats and are asked to advise them on the best practices abroad and how to use elements of such practices in our prevailing laws.

And also, we can get these deals done much quicker than before.

Besides investment, other issues with this financing model are non repayment and poor contract enforcement risks from the users. In a country like ours with inadequate legal systems, credit risk for such extended periods poses a threat to its long term viability. However, we are continuously working with our local as well as international partners who are versed in this field and have come up with a robust Power Purchase Agreement with concrete recourse options. The agreement is a win-win situation for all the stakeholders involved like developers, end consumers and investors which holds the key for a sustainable growth of this market.

We believe the growth of PPA business model is essential to exploit Nepal’s rooftop solar potential. With the increased popularity of this lucrative model coupled with our experience and expertise, we are well positioned to establish as a major player in this Solar PPA market.