Each year, the Australian foreign affairs division, DFAT, organizes an initiative, titled Frontier Innovators, to support social enterprises scale their development impact in the Asia-Pacific region. In 2018, the initiative received over 700 applications from 52 nations. 14 high potential social enterprises were selected among these participants and offered a combination of grant funding and tailored support, with the goal of helping these businesses scale their impactful projects.

Gham Power’s Offgrid initiative – aimed at increasing the income and yield of rural smallholder farmers with renewable solutions – was successfully selected among the 14 projects that were awarded the prize. Under this initiative, Gham has been able to install more than 100 Solar Water Pumps(SWPS). These pumps have irrigated 500+ rural farms, directly benefited 890 women farmers, and displaced 236 kiloliters of diesel. The total increase in agricultural productivity for these farms is estimated at $324,303(1).

Gham has identified potential pathways to scale for this projects and intends to install 3200+ SWPS over the next 3 years, eventually reaching more than 50000 farmers during this timeframe. DFAT’s support has been critical for this project: initial success stories generated until now have created a viable foundation for Gham to build on in the next phase.

All figures were calculated by IIX, a Singapore-based impact assessment enterprise. 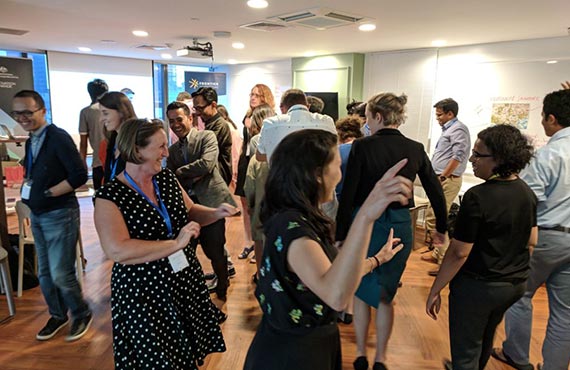 During a 3-days workshop organized by Frontier Innovators