Connecting Health to the Green source of energy – Solar 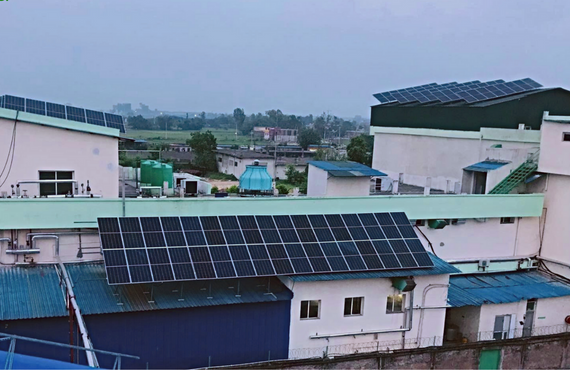 “The ultimate source of life and good health”- as suggested by Ayurveda, the sun has a strong influence on one’s well-being. The connection between clean energy and the health industry is really deep but the practical development of this linkage is still very far. The “Bhaskar Herbaceuticals” project that we have been a part of, has helped to break the barrier between these closely related industries.

Impressed by the projects that Gham Power Nepal is renowned for, “Bhaskar Herbaceuticals Pvt Ltd. ”, the leading Ayurvedic medicine manufacturer of Nepal, approached us for the installation of a 100kWp solar photovoltaic system in their Birgunj factory. It was easy for the company to choose us because they knew about our contribution to the health industry. The technical team, full of motivation and energy, set off to Birgunj. 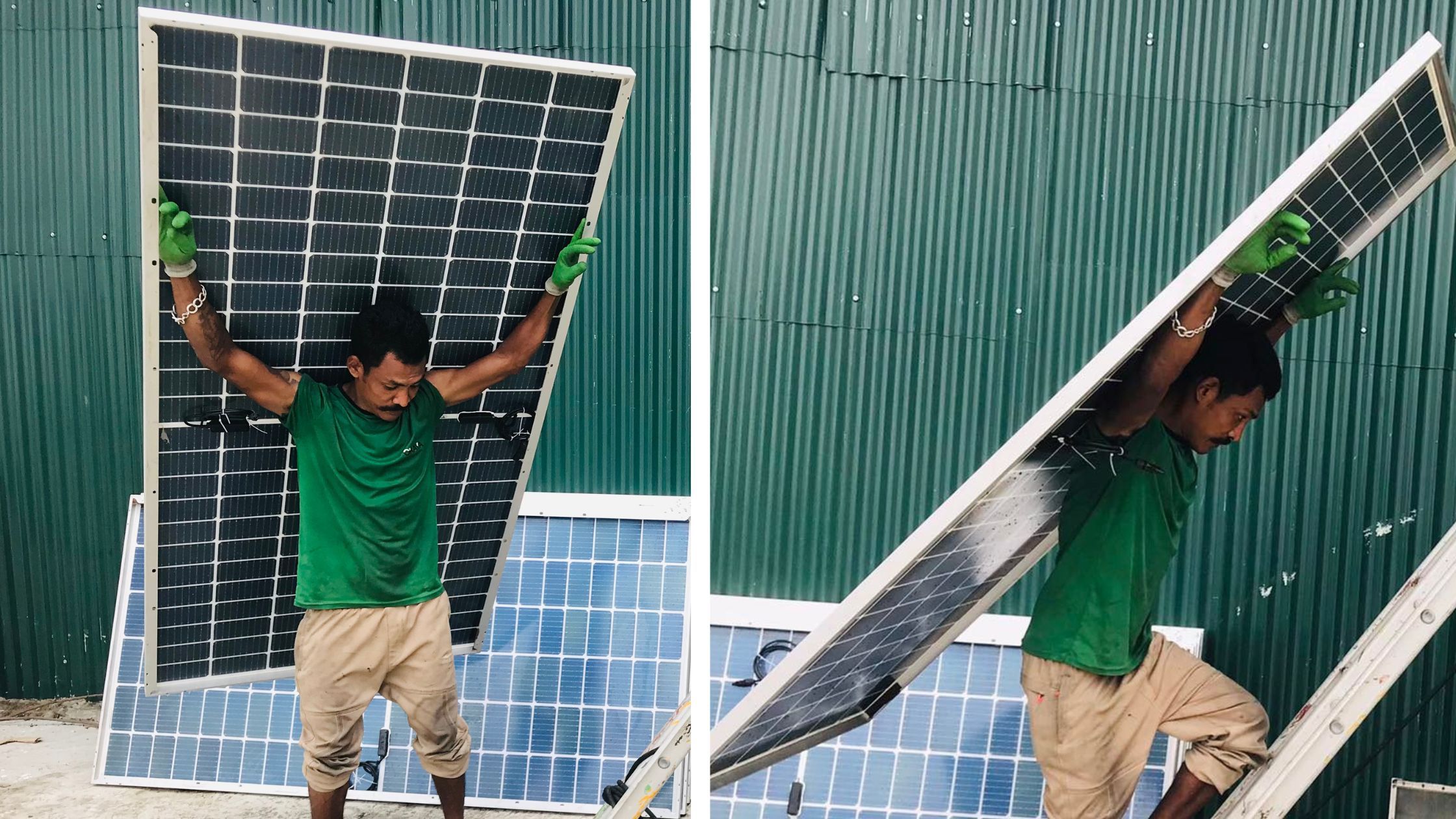 Although this project might seem like a simple solar system installation project, the team had to go through a lot of hardships during this duration. First of all, we had a tight schedule and were obliged to complete the project before mid-July. As it was already mid-June when the project began, the pressure to complete the project within the first week of July arose in front of our team. Secondly, the month of June-July is the period during which the Terai region of Nepal experiences extreme temperature and precipitation, hence, working in the sweltering heat was never an easy task. The members of our technical team had to suffer a lot due to excessive sweating, breathing problems, and energy drain.

“Where there’s a will, there’s a way”- this proverb perfectly describes the great job our team did to commission this project on time. Neither the intensive temperature nor the resulting difficulties were a hurdle for our crew. The technical team continued the installation process during the nighttime so that they could avoid the burning sun. Even the employees from Bhaskar Herbaceuticals’ factory were generous enough to support the management of our forces so that we could get done with the project as aimed. Due to all these factors involved, we were able to complete the project in just 18 days making it the most efficient project Gham Power Nepal has carried out. 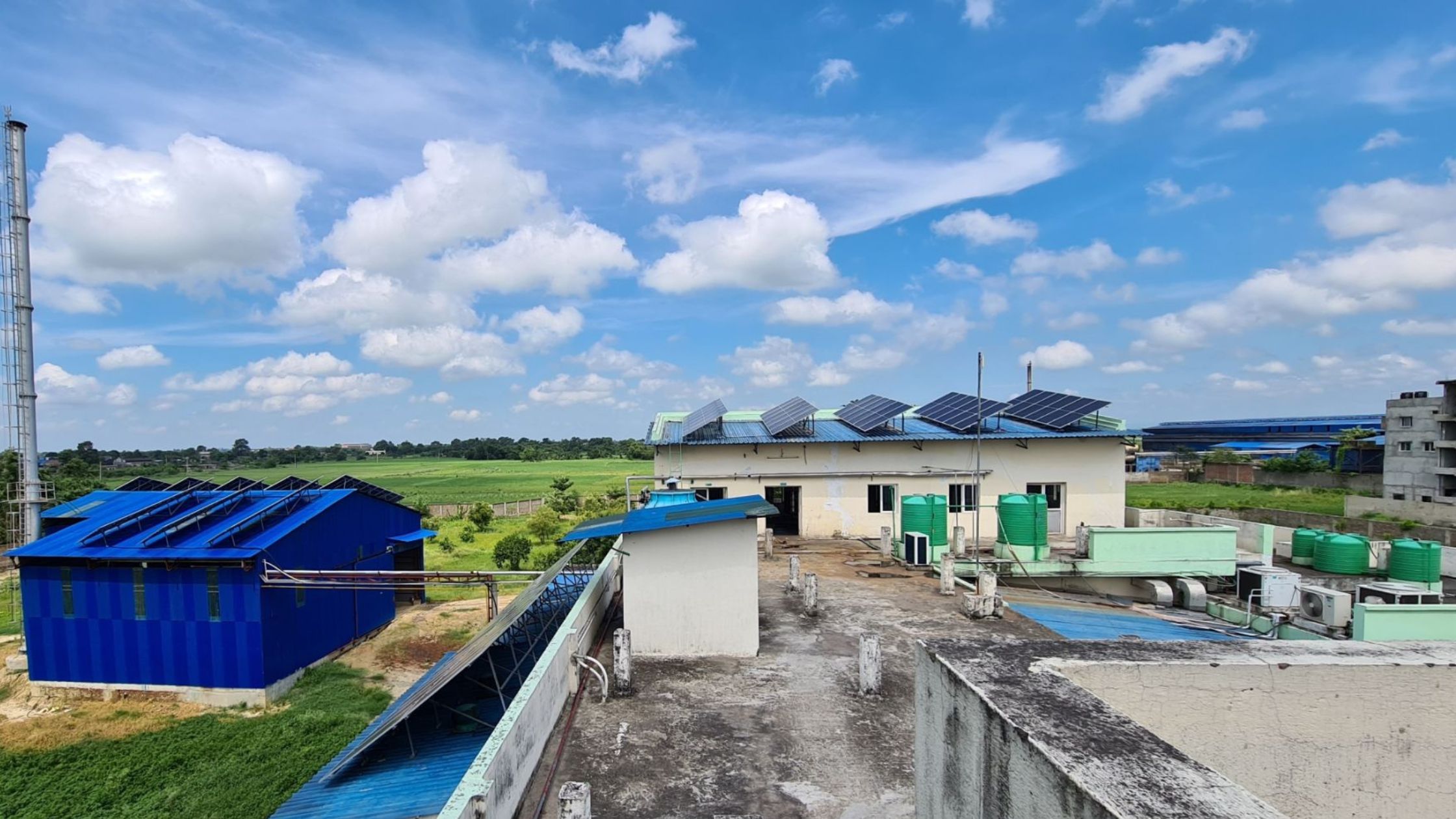 Previously, Bhaskar was connected to a three-phase, medium voltage (11kV) NEA’s grid line. The voltage fluctuation was high and the quality of voltage was below average, making the reliability of electricity a concern. Now, after the installation of the 100kWp solar photovoltaic system, 93% of the produced energy has replaced grid electricity and the rest 7% has displaced diesel generators, which has also resulted in the minimization of their monthly electricity bill. The problem of power reliability has also been eradicated.

Bhaskar in Sanskrit means “the rising Sun”. This project has indeed resulted in the dawn of clean energy consumption for production industries. The positive feedback from the company as well as the manpower involved has produced a sense of satisfaction for all involved. With the conclusion of this project, we can assure that our forces are capable of efficient and punctual working and most importantly, the cleanest form of energy has been linked with the purest form of medicine.