A Step to Power the Industries in Nepal through Solar

The Motive for Power Hour

There has been an important need to build a bridge between the clean energy industry and the large-scale industries. Feeling this, we organized an event “Power Hour” at Birgunj – one of the industrial capitals of the nation. This event was organized in coordination with NYEF (Nepalese Young Entrepreneurs’ Forum) Birgunj Chapter. We gathered the industry leaders and commercial business owners and discussed the potentiality of solar energy in industrial sectors. The gathering was divided into two parts: Speaker Presentation and Open Discussion Session. Our three speakers for the evening were Hari Gautam – Vice President of FNCCI Birgunj, Anjal Niraula – CEO of Gham Power Nepal, and Bhishma Pandit – Operational Officer of International Finance Corporation. 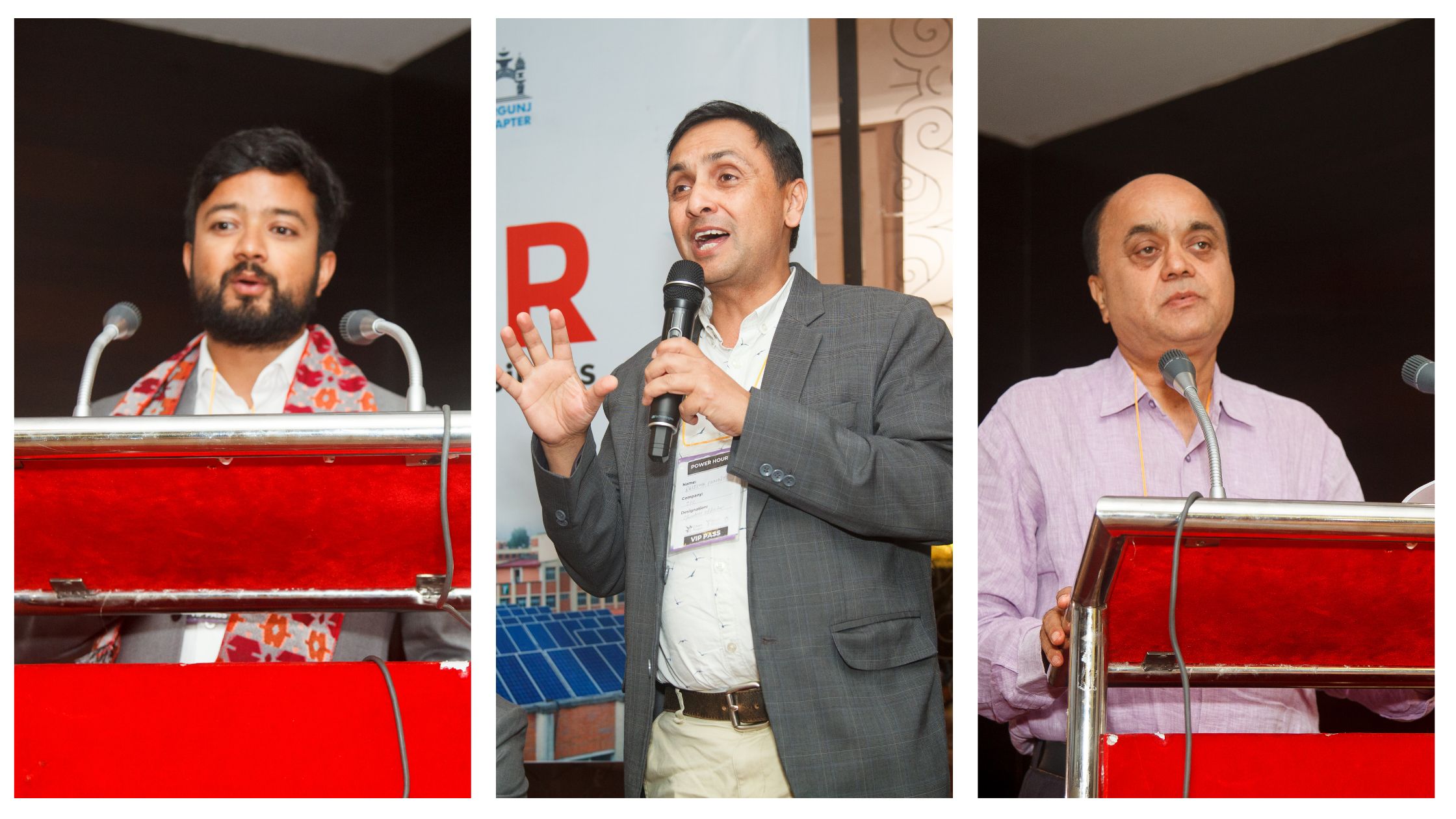 Mr. Gautam discussed the energy scenario of industries and the possibilities of introducing solar as a source of electricity. The CEO of Gham Power Nepal, Mr. Anjal Niraula, highlighted the need for solar power for industries in Birgunj and the scopes along with the modes to move forward. Finally, our third speaker, Mr. Pandit put forward his views on finance and investment in the field of renewable energy. After the Speaker’s Presentation was over, we hosted an Open Discussion Session where our guests could raise their doubts to the speakers about the scope of solar energy in industrial areas. In the end, there was a dining session where the attendees enjoyed good food and even good company with one another in order to build a connection between themselves and their organizations. 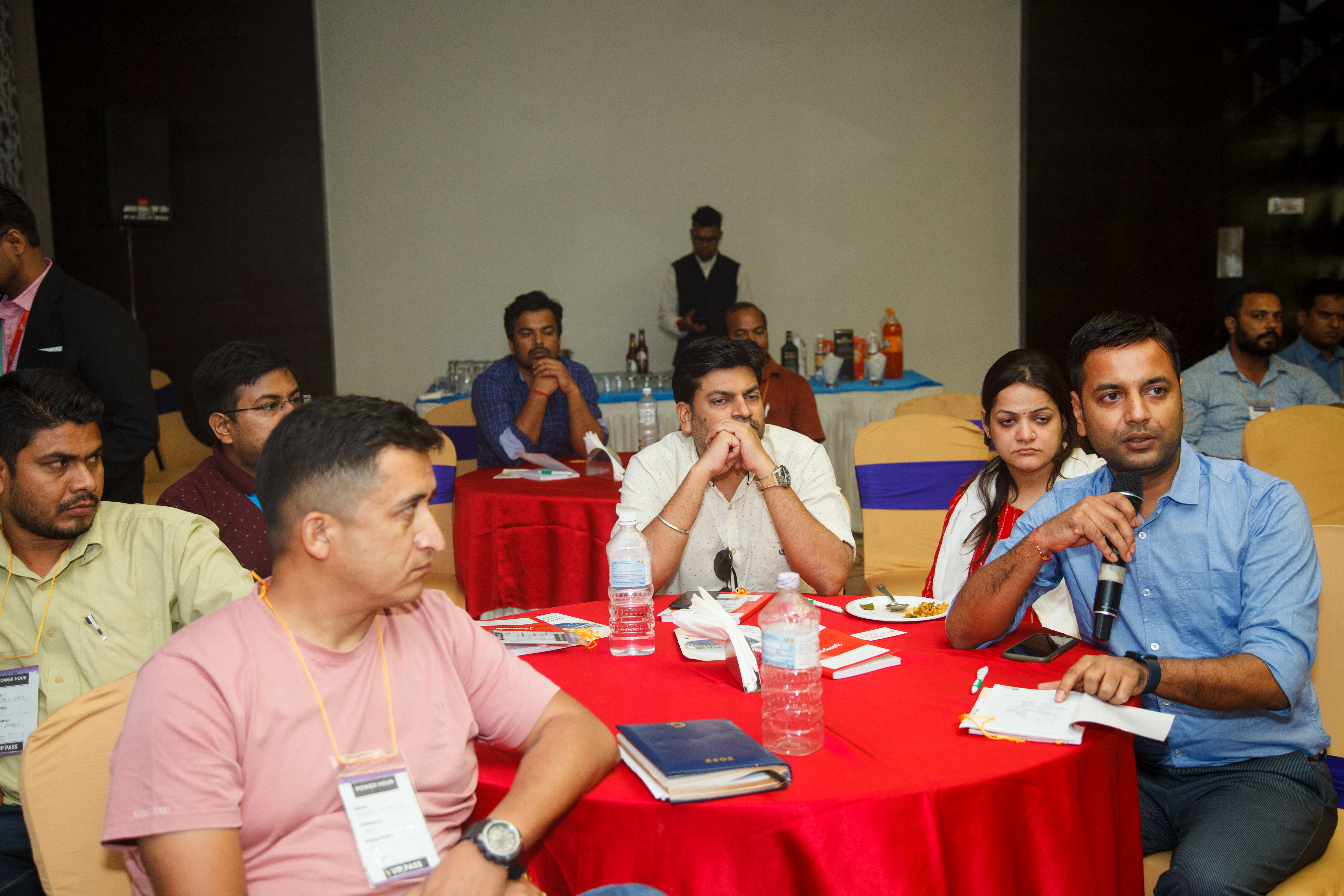 The main objective of this event was to discuss how renewable energy can reduce cost, and solve the problem of reliability and power interruption in the manufacturing industries. Through this event, we found out that the industries are interested in going green but there are still some hesitations. People still tend to rely on hydroelectricity for powering their industry. According to our speaker, Mr. Bhishma Pandit “Solar and Hydro energy are not competitors but complementary to each other, they must be treated as two sides of the same coin. One should work with the other to generate optimum and quality electricity.” Even today, industries have a perception that solar can’t be a long-term solution but it’s totally the opposite. In the modern world of automation, solar is there to stay and there should be no dilemma that it can solve the power problem in the industries.

While we were at Birgunj for the event, the city faced about 15 hours of load shedding. There were frequent power cuts but still, there was no sign of relying on alternative sources. We also made the people aware of the pros of going green in the energy sector and the industries have shown some interest in solar energy. The cost reduction and power reliability are something they are looking for and the sun-energy ticks all the boxes.

The event has given all the participants, including ourselves, much more ideas about renewable energy. The next industrial revolution might be the innovation in solar energy and we are proud that large-scale businesses are moving toward going good and going green.